This is a brief report of my weekend in Bratislava, at PyCon SK, the first [inter]national Python conference in Slovakia!

On Saturday I gave a talk about OpenShift -- Docker and S2I builds, and deployment automation with our PaaS. 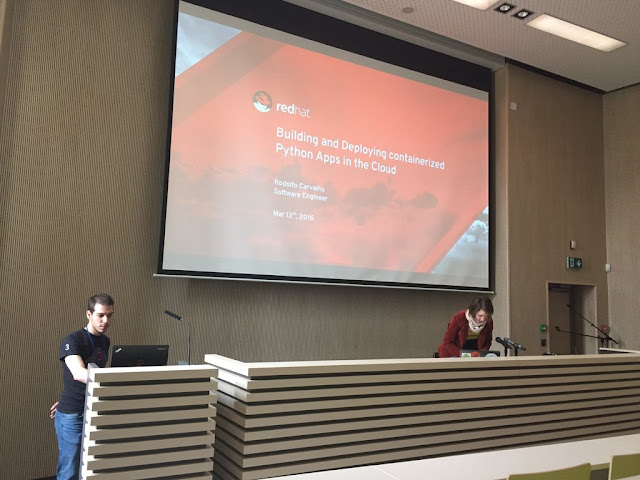 Thanks to my new Turkish friend Büşra for tweeting my photo!

Personally I always feel like there's something to improve, but the feedback I got was positive ;)
People were interested, asked several questions after the talk and I kept meeting people interested in OpenShift and Red Hat in the corridors throughout the day and on Sunday as well.

Thanks everybody for the conversations, it was a perfect weekend!

There was a live stream on YouTube, I imagine the recording should be out sometime soon.

Shadowman made an appearance in my arm during the conference: 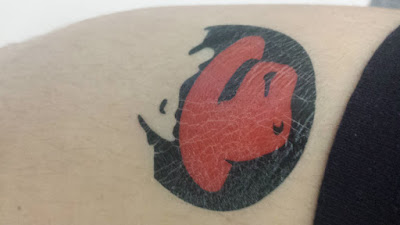 And, actually, it's still with me today, Monday ;)

Also on Saturday I gave a lighting talk with Tatiana to promote the Coding Dojo we did on Sunday.
Tatiana was fantastic at improvising with me in the stage! We had a spontaneous conversation talking about Coding Dojos that drove the attention of many people.

Thanks to that we learned that Nick is organizing the London Dojo, and perhaps will partner with Tatiana in the near future to keep moving their dojo forward, bringing in some Brazilian taste to the mix!

Sunday was awesome, or, to put it in the words of the feedback I got: it was INCREDIBLE FUN.

That day was left open by the organizers for spontaneous activities... and guess what gathered the most people together? The Coding Dojo! 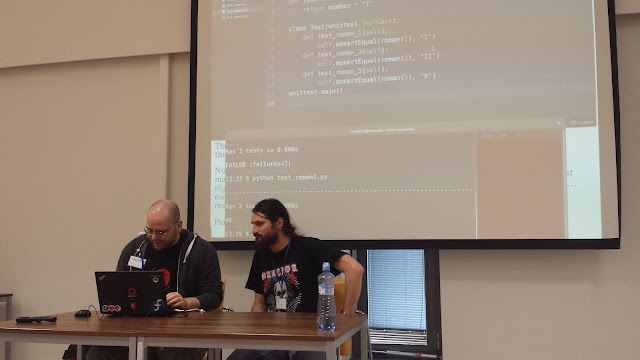 It was definitely a chance to inspire and be inspired! Gather together about 50 people in a Sunday morning? Not trivial.
We ran three sessions with a retrospective in the morning and in the afternoon. 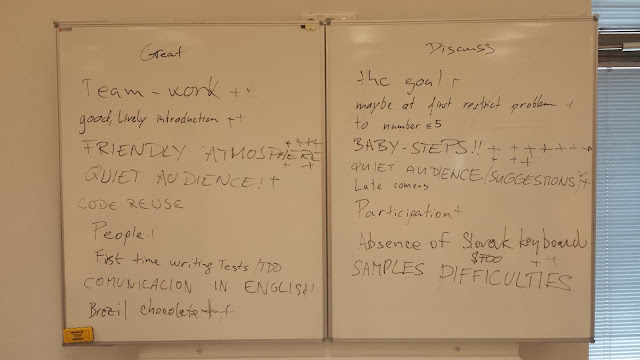 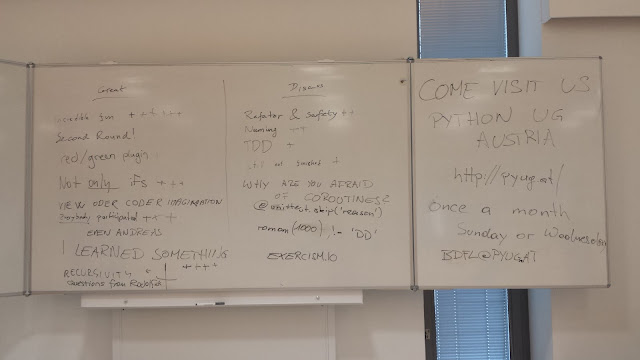 Even after what I call "self selection", we got down to about ~20 people who actively participated and engaged in coding, expressing their ideas, overcoming their fears and difficulties.

That's the power of building communities. I'm looking forward to hearing that the Slovaks in Bratislava will start their own meetings :)
I met a fantastic group from the Python community of Viena, and I'd definitely love to join them in the near future.

What a great conference!
Por Rodolfo at 4:27 AM

Hello R. good stuff (: Is there a recording of your talk available somewhere?

The event was streamed live via YouTube, I believe the talks will be made available some time in the future.
Here's the homepage of the conference: https://pycon.sk/en/

(The links to the streaming were available there, not anymore).